How to edit videos for YouTube on a Chromebook? 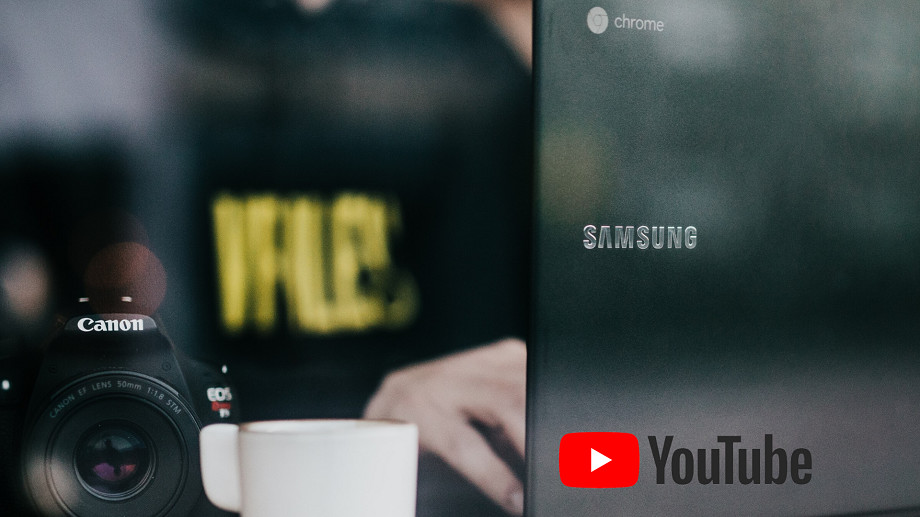 Chromebooks have really picked up traction in the past years because they are usually cheaper than their Windows or MacOS alternatives and their operating system, ChromeOS, is simple enough to enable most basic functionality and run really smooth while doing it.

What are the limitations of Chromebooks?

To quickly run through to the negative points that people make I will start with the idea that they are underpowered for video editing. Depending on the money you spend yes they can lack some power but that is also true for a Windows laptop so there is not much of a case here. It is true though that you can't purchase Chrome OS devices with extremely powerful configurations even if you wanted to, simply because they aren't available, the upside is that in 90% of the cases you don't even need them.

The second negative usually mentioned is the lack of a complex operating system like Windows and the fact that ChromeOS only runs web applications. We really think that is a positive, web applications are much more lightweight and usually run smoother than desktop programs. For sure you won't be able to run professional-grade programs like Adobe Premiere Pro or Final Cut Pro but again, 90% of the time you don't need them. I'll get to those scenarios too later in this article.

In fact, over the last year, our very own ChromeOS video editor, Flixier has grown to support a lot of new features, including screen, camera and microphone recording, audio editing features, an extended library of motion graphics, Twitch imports and even keyframe support! With so many video editing features readily available on a Chromebook, it's hard to imagine a scenario where a YouTuber would need anything more, especially once you consider how much more expensive a video editing capable laptop and something like Adobe Premiere Pro are.

Another concern is storage space, and this is a valid one. Since Chromebooks are usually more budget-oriented or they have an Ultrabook styling they don't pack a lot of storage. Most of them come with only 256 Gb of storage. That is enough for most scenarios but video editing is more demanding. Usually, video files are quite large and they are harder to handle. Thankfully there are solutions for this issue as well.

How to overcome limitations and turn any Chromebook into your YouTube editor?

One option is to work with Android apps through the Play Store but they aren't that well optimized to be run with a mouse and keyboard and you will quickly run into the performance issues mentioned above.

The best alternative is to look at online video editing tools. Flixier, for example, is cloud-powered and runs very well even on lower-powered devices like Chromebooks. Even better it runs flawlessly on ChromeOS being optimized especially for it.

With it you get a simple interface that is easy to learn, coupled with advanced features usually found in full desktop programs like Adobe Premiere or Camtasia. You even have a fully featured timeline that lets you position elements in your video like a Pro. Thanks to cloud processing, render time, which is the time it takes to process and save the video after you finished it, takes only 1 or 2 minutes which is unseen even on extremely expensive professional desktop computers.

A program like Flixier will also help you with storage. It comes bundled with cloud storage where all your projects will live. They are always available and you can even access them from other computers with a single login. This workflow is very common on Chromebooks, this is how they were built to be used in the first place.

There are still some scenarios where you will need a powerful computer that runs Windows or MacOS to edit video. Those really come into consideration if you want to produce professional-level videos for YouTube and shoot with professional cameras.

These cameras come from producers like Red and Blackmagic to name a few, although it's worth mentioning that Sony and Panasonic also produce some gear in this category.  The files that they output are generally huge, sometimes hundreds of gigabytes for an hour or two of footage and they have proprietary codecs that you can't work with on a Chromebook.

These are the 10% of use cases that I mentioned above and we feel that if you have the budget for a $10k camera then a Chromebook really isn't the best device for you to edit on. This is where a $50k Mac Pro would come in handy. :)

So, can I use Chromebooks for my YouTube channel after all?

Big YES, we definitely think that Chromebooks are cheap, portable, flexible devices that would allow you to maintain and grow a YouTube channel with no issues.

Most of today's footage comes from sources like smartphones, screen recording software, webcams or affordable camcorders and mirrorless cameras. These types of videos are typically pretty small and easy to store in the cloud, so a chromebook video editor will have no problems storing it in the cloud. And even if the videos were to be higher quality and come in unusual formats that a Chromebook typically wouldn't be able to play natively, Flixier would automatically encode them to make them easy to view and edit on your Chromebook with almost no loss in video or audio quality.

When we also count other features like direct publishing to YouTube that takes seconds, an advanced timeline and advanced features like video speed-up/slow-down and green screen we are sure that a Chromebook with the right video editing software will complement your YouTube channel nicely.