Top 6 Mac Video Editing software in 2020 and a BONUS 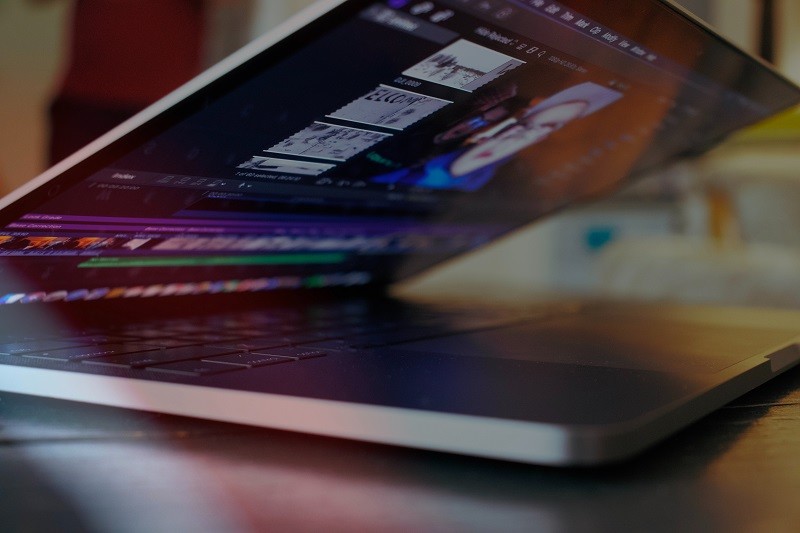 Due to the high demand on video content from consumers we thought it’s time to give some love to Mac users and create a list of the most popular video editing tools for OS X. We selected video editors that require different levels of knowledge meaning that you will definitely find something that suits your needs in this post. Let’s get started!

Adobe is continually improving its video editing software suite and Premiere Pro is definitely one of the most refined tools it offers. Adobe is committed to providing professional video editors the tools they need to produce industry standard videos.

Premiere Pro has a wide range of camera support meaning that you will be able to import media from nearly any device. When it comes to editing Premiere Pro tries to speed up the process in a few ways, one example is allowing you to apply alterations you already made to a clip to footage while it is still in the media bin, meaning that you will not have to waste your time doing the same work more than once. Another example is the ability to move more layers at once. Finally, you can also alter the properties of multiple layers in one go.

Even though Premier Pro is offered with a subscription payment model which many people don't like it is still a tool that sets standards in the industry and it may be the one to best suit your needs.

Avid is a company that provides professional editing tools for many years, their software is used a lot of big budget productions and it is generally a requirement to know how to work in Avid if you would like to get a job in the film industry.

When it comes to editing itself Avid Media Composer offers all the bells and whistles. The only downside is that the program requires a very high-end computer to run it properly and some users say that it also complicates some unnecessary tasks. Feature wise there is no shortage.  The tool allows editing of 8K and beyond and even stereoscopic 3D and HDR. It is also very powerful when it comes to audio allowing a mix of up to 64 audio tracks in 7.1 surround.

The program is also very well integrated with a range of Avid hardware that will enhance your workflow. This tool is for hardcore professionals who are aware of the downsides it has but take full advantage of its benefits.

Final Cut Pro X is a very popular MacBook video editing tool, that is in part because it is built by Apple and takes advantage of all the Apple video editing optimizations built into the operating system and even at the hardware level to run at very high speeds.

Even though many professionals use it to edit video it is not so widespread in the movie production industry, this is why we had to list it under the advanced section. The second reason is that at it's core Final Cut Pro X isn't as feature rich as Premiere Pro.

The approach on the timeline is a unique one by Apple and it doesn't offer the more traditional features that Premiere Pro offers, still some users prefer it because it looks simpler and with a few workarounds it can get close to the features of Adobes counterpart. Other features are also simplified on Apples tool but that is not necessarily a bad thing.

At this point it comes down to preference, users love it for it's ease of use and it's popularity means that there are countless resources available to learn how to use it at full potential.

It is a free to use app that caters to the advanced audience. Compared to Final Cut Pro X it is a bit more complex but for simple tasks like creating a project, joining clips together, trimming, adding a soundtrack and even some basic color correction it isn't too hard to grasp.

If you want to go into the more advanced parts things start to get complicated. The software maker provides a 265 pages manual which sounds like overkill but it is worth a read if you want to get serious about editing.

On the up side DaVinci Resolve has great color correction features if you are willing to into details and an integrated VFX tool called Fusion. The virtual effects features are very powerful with hundreds of tools for compositing, painting, creating particle effects, adding text animation and more.

We think DaVinci Resolve is well worth a look due to the many features it offers and of course because it is free.

iMovie is probably the most obvious choice for people that create casual videos and it is actually a no brainer for Mac users. It comes pre-installed with on your Mac this making it easily accessible. When it comes to features it offers a good line-up for beginners. Among the most important ones are:

On the downside, there are quite a lot of complaints with stability and performance issues. Feature wise some users also look for alternatives due to the lack of multiple tracks in the timeline.

If you are on the look-out for an iMovie alternative you might want to give Filmora a go. Filmora offers many editing features that will satisfy most of your casual needs in styling, adding effects and customizing videos.

The most stand-out feature of Filmora is the split screen which allows you to play multiple videos on the same screen at the same time. You can select the number of screens needed and their order, with a minimum limit of 2 and a maximum of 4. Now you can choose the videos you would like to play in each section and that's it. Other features include a screen recorder, GIF support, speed control and more.

Be aware that Filmora is a paid software that offers a free trial, during the free trial the videos you make are watermarked.

This is an up and coming online video editor but has the potential to change how the video editing landscape looks like through some benefits that no one else offers.

In terms of features and complexity it is positioned somewhere between the beginner and advanced categories. It offers most of the features the beginner tools offer and then some more but with a simple interface that is easy to use.

Where it stands out is it's amazingly fast rendering which takes only one 1 minute for any video that is up to one hour long. It also offers a built-in communication tool that allows you to get feedback on your drafts without having to export the project.

Even more since it's cloud based you have access to your projects on any computer with just a login. So you can easily start a project at work and finish it at home or on the go.

It is definitely worth a try.